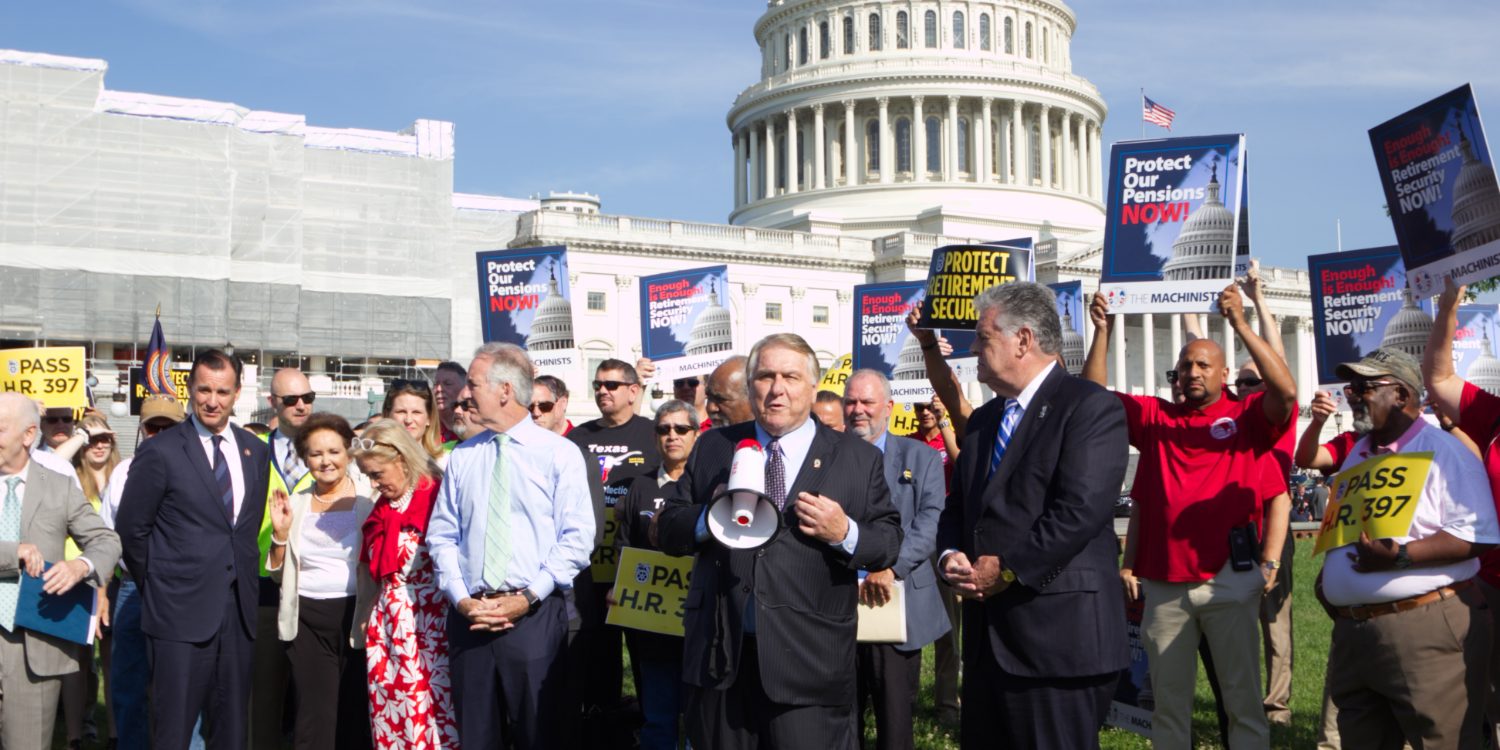 (WASHINGTON) – The Teamsters Union applauds the U.S. House of Representatives Committee on Ways and Means for today’s vote to approve H.R. 397, the Rehabilitation for Multiemployer Pensions Act, more commonly referred to as The Butch Lewis Act.

The Rehabilitation for Multiemployer Pensions Act, offered by Rep. Richard Neal (D-Mass.), was first introduced in Congress in November 2017 by Rep. Neal. The measure has 193 co-sponsors, including nine Republicans. Rep. Peter King (R-N.Y.) has again joined Rep. Neal in introducing the bill in the 116th Congress.

“I’d like to thank Chairman Neal, Rep. Peter King and every member of the House Ways & Means Committee that voted to advance H.R. 397 to the House for a vote,” said Teamsters General President Jim Hoffa.  “We cannot delay any longer – this legislation must be passed in Congress so that millions of American workers retain their hard-earned retirement security.”

There are more than 300 multiemployer pension plans across the country — including the Teamsters’ Central States Pension Fund — that are in danger of failing. The Teamsters have been fighting for years for a legislative solution and have worked with lawmakers on both sides of the aisle to do so.

The measure would boost financially troubled multiemployer pensions plans so they don’t fail. It would create a new agency under the U.S. Treasury Department that would sell bonds in the open market to large investors such as financial firms. Those proceeds would then be used to bolster faltering pension plans as part of a 30-year loan program.

Founded in 1903, the International Brotherhood of Teamsters represents 1.4 million hardworking men and women throughout the United States, Canada and Puerto Rico. Visit www.teamster.org for more information. Follow us on Twitter @Teamsters and “like” us on Facebook at www.facebook.com/teamsters.