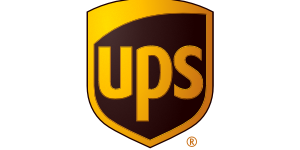 The national contract will increase wages, protect benefits and create thousands of new full-time jobs. Economic improvements in the contract are retroactive to August 1, 2018. The company has been notified of the ratification and will attempt to implement required raises during the next weekly pay period.

“This contract recognizes our members’ hard work by providing solid wage increases, protecting their health coverage, improving their retirement security and giving part-time workers the chance to advance into long-term careers,” said Denis Taylor, Co-Chair of the National Negotiating Committee and Director of the Teamsters Package Division. “We realize this has been a long process, and we appreciate our members’ patience and support.”

The UPS contract includes wage increases of $4.15 per hour for both full-time and part-time workers over the term of the contract and increases the part-time start rate by $2.50 retroactively to August 1, 2018. All full-time and part-time UPS Teamsters will continue to receive health insurance for the member and their family without paying premiums. The agreement also strengthens grievance enforcement for harassment with a sitting arbitrator and monetary penalties, and a new procedure to make it easier to get on or off the overtime list.

The agreement requires UPS to create 5,000 new full-time jobs during the term of the agreement, including a minimum of 2,000 Article 43 driver jobs, and a new combination driver classification that addresses the changes brought on through the e-commerce revolution.

Founded in 1903, the International Brotherhood of Teamsters represents more than 1.4 million hardworking men and women in the United States, Canada and Puerto Rico. Visit www.teamster.org for more information. Follow us on Twitter @Teamsters and “like” us on Facebook at www.facebook.com/teamsters.