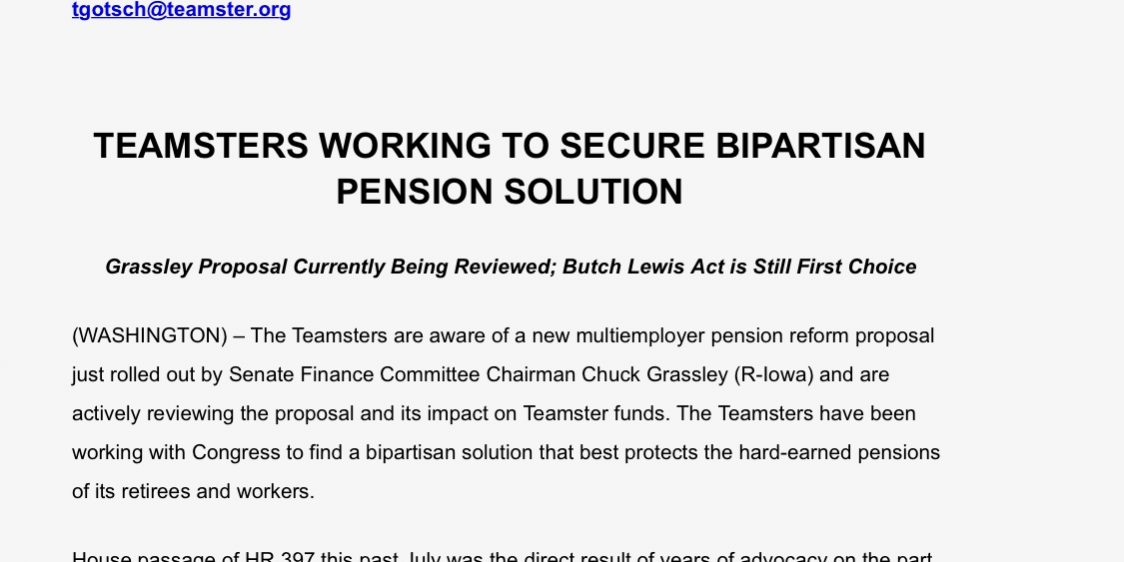 (WASHINGTON) – The Teamsters are aware of a new multiemployer pension reform proposal just rolled out by Senate Finance Committee Chairman Chuck Grassley (R-Iowa) and are actively reviewing the proposal and its impact on Teamster funds. The Teamsters have been working with Congress to find a bipartisan solution that best protects the hard-earned pensions of its retirees and workers.

House passage of HR 397 this past July was the direct result of years of advocacy on the part of Teamster members both active and retired. The Teamsters Union has endorsed S 2254, the Butch Lewis Act. We are glad to see that senators on both sides of the aisle have been compelled to act.

Founded in 1903, the International Brotherhood of Teamsters represents 1.4 million hardworking men and women throughout the United States, Canada, and Puerto Rico. Visit www. teamster.org for more information. Follow us on Twitter @Teamsters and “like” us on Facebook at www.facebook.com/teamsters.